Wishing you all the best, a new year full of health, happiness, success and even more SQL Server knowledge!!! 🙂

As this is my first blog post in 2010, I thought that it should focus on a really hot topic! I hope you will enjoy it!

I called this post “The PowerPivot Experiment”. Here’s a little background information on how I decided writing this article.

When PowerPivot (formerly known as “Gemini”) was released, I really wanted to test its real capabilities by trying to import a really large amount of information right into excel and perform aggregations. To this end, I designed a simple relational database with five tables, populated it with data and performed my experiment using PowerPivot. For the record, the total amount of data was more than 100 Million Rows.

In this post I will explain step-by-step the experiment, starting from the database design, then explaining the import process and finally, provide some examples on how I processed this huge amount of data.

Before describing the steps, I would like to list the several software technologies used, as well as the hardware and O/S configuration of my infrastructure.

Database Design
The following database diagram displays the tables participating in the DB Schema used in my experiment along with the table sizes in terms of total number of records: 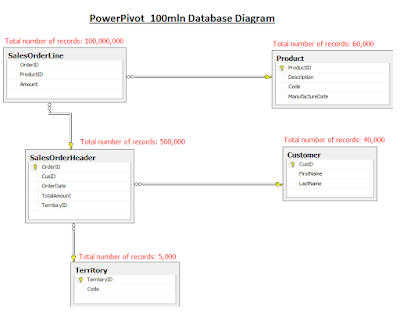 Database size and other statistics:

Step 2: Establishing a connection to a SQL Server Instance 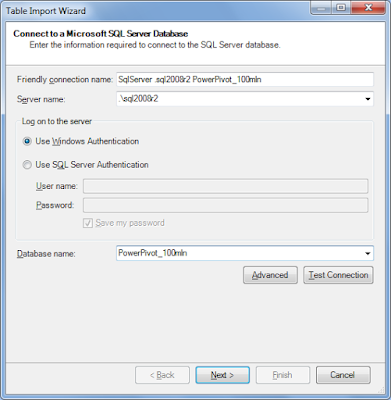 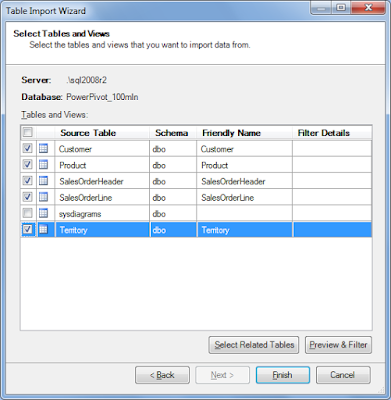 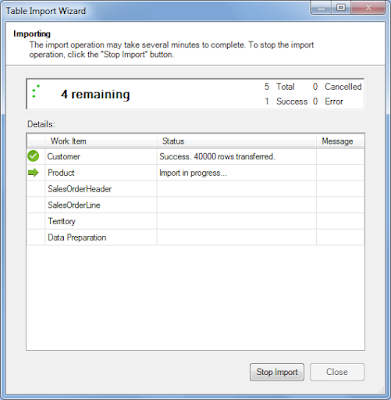 Let’s take a look on the status of the import process as it is occurring: 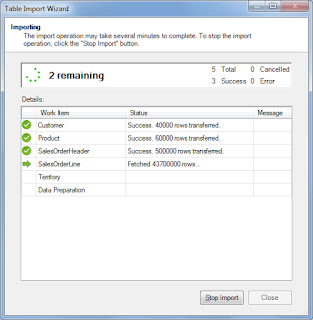 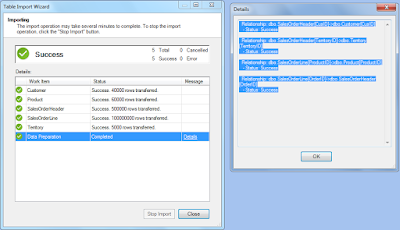 Working with the pivot tables
Right after importing the data, I proceeded with creating two pivot tables (by clicking on the “PivotTable” button in the PowerPivot window) for being able to easily perform aggregations: 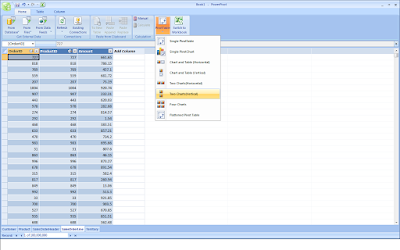 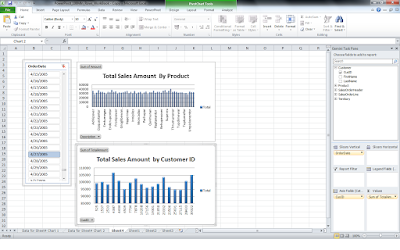 Note that you can also modify the charts as you could also do in earlier versions of Excel. For example, in the below screenshot you can see that the chart “Total Sales by Customer ID” was modified in order to illustrate the data using a pie chart: 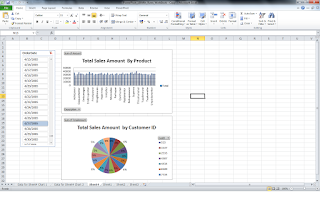 In my example, the database size was around 2300 MB. If you take a look at the following screenshot which presents the properties of the saved workbook, you can see that the file size is 732 MB: 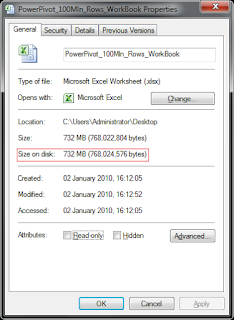 Remarks
After performing the above practice, I was able to see in action and test some of the powerful capabilities of PowerPivot.

The data compression, the speed of the import process, the ease of creating rich Pivot Tables and OLAP queries are some of the great features of PowerPivot that take Business Intelligence a step further!

Well, that was a description of my “PowerPivot Experiment” 🙂

There is more to come on PowerPivot so make sure you check back my blog soon!

5 thoughts on “The PowerPivot Experiment” 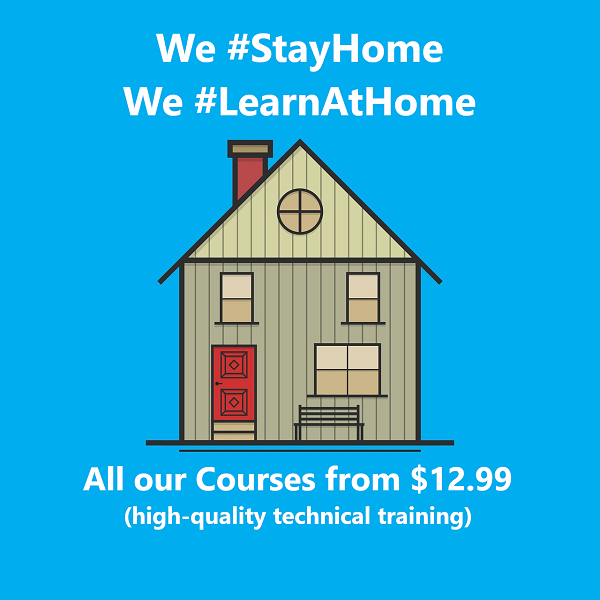